Analyse netball matches and improve the performances of your teams and players like the South African Netball team at the 2018 Commonwealth Games, and at the 2019 World Cup.

iSportsAnalysis Netball Video Analysis tools made it easy for the South Africa Netball team to code, analyse and share their performance insights

"iSportsAnalysis made it very easy for us to monitor and improve our team performances. Our players and coaches have been able to see their stats and re-play their matches at their own leisure, on their own devices." 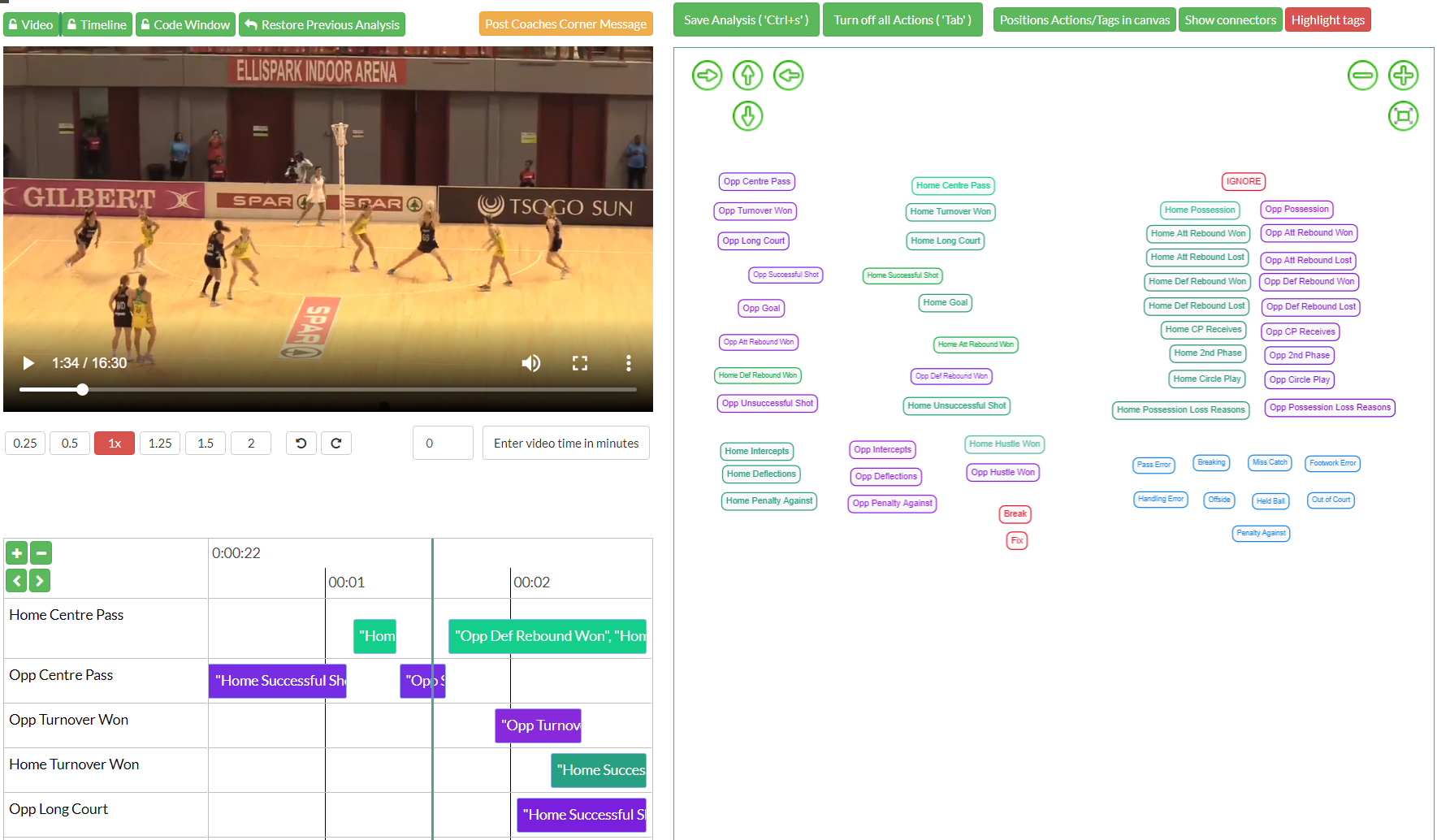 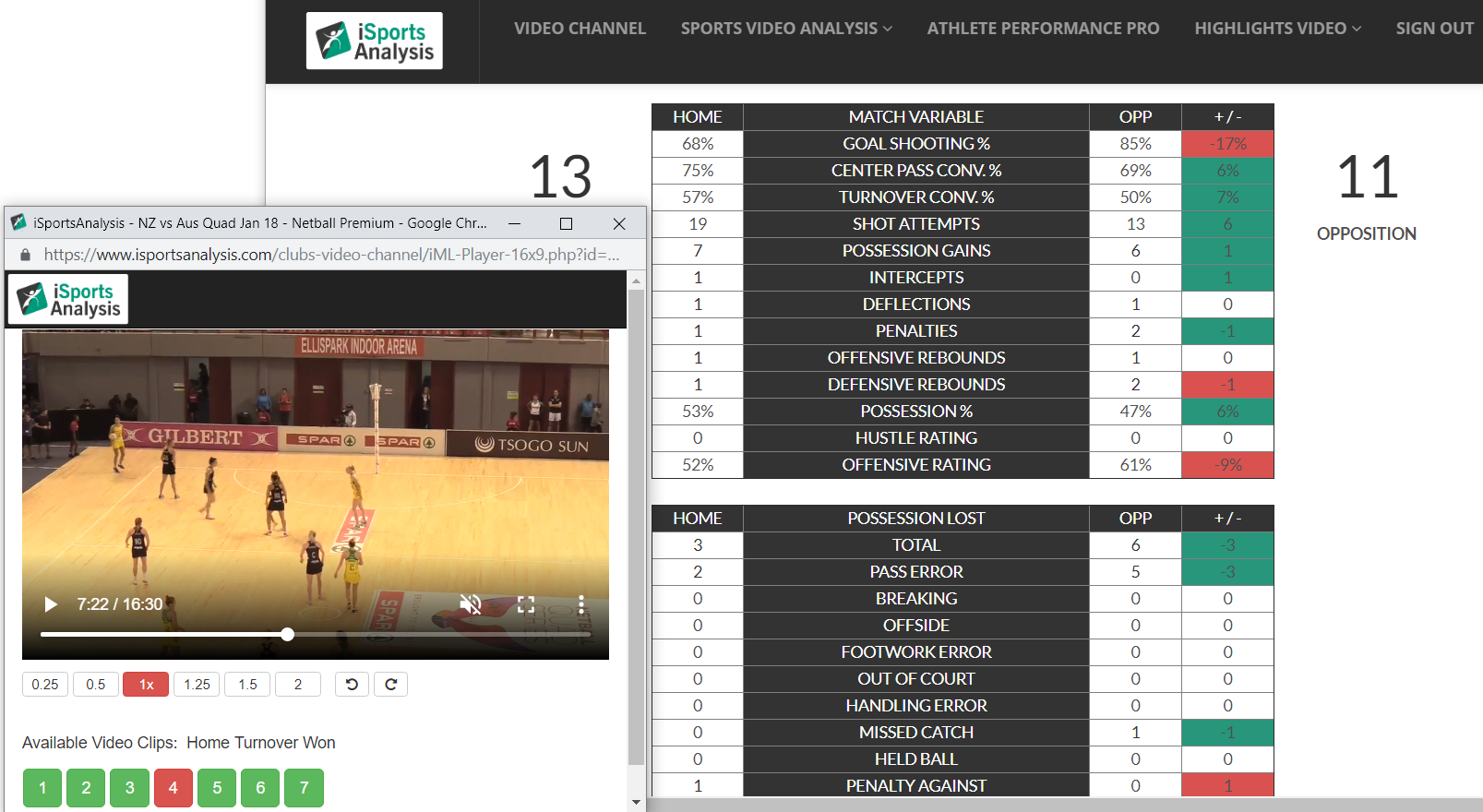 Our online netball analysis software makes it easy to create interactive reports for your coaches and players to engage with.

Interactive match reports uncover insights into performance strengths and weaknesses and help you and your teams gain the competitive edge.

Click on any stat to review video clips of those moments.

Netball analysis helps you understand the performances of your players.

Strengths and skills in need of improvement are more obvious, monitoring training gains is easy, and best of all, it's fun. 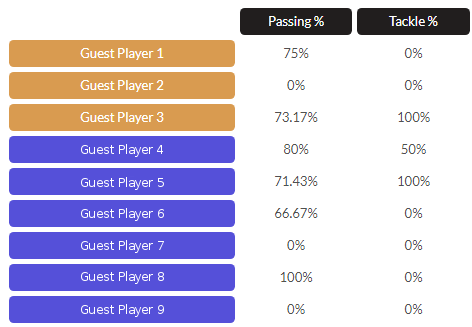 iSportsAnalysis has been instrumental in speeding up our game analysis and making it much more efficient. We are able to produce meaningful data quickly and make our footage and stats reports accessible to players and staff in a faster, more efficient, and easier way. For a club that is part-time and that has limited access time to the players, the fact that the stats are interactive and hosted online means we can connect to our analysis virtually which gives everyone involved in the performance side of the club much better access in really quick time.

I have nothing but positive things to say about our experience with iSportsAnalysis. The product suits our needs from both an academic and applied sense. The customer service is outstanding; any issues (and there haven’t been many) have been acted upon without delay to a more than satisfactory conclusion. With the continuing development of the product I can see us using iSportsAnalysis for years to come.

iSportsAnalysis have made it very easy for us to monitor and improve our team performances. The Commonwealth Games is a very important tournament for us and having the ability to analyze our games and share the results has been invaluable. Our players and coaches have been able to see their stats and re-play their matches at their own leisure, and on their own devices, making iSportsAnalysis the perfect way for our team to stay motivated and informed. iSportsAnalysis have supported us in every way and we are happy to have them as part of our team.

The Gloucester & District Referees Society spent six months searching for an online software platform that would enable us to analyse referee performance as an aid to training and developing our match officials, and found iSportsAnalysis.com to be the perfect fit for our needs. The ability to build our own bespoke code windows within the iSportsAnalysis software, use them to tag elements of a game and then publish them on our own online channel is unique to iSportsAnalysis.com

iSportsAnalysis has created a platform which puts the necessary tools in the hands of the players and coaches that actually impacts performance. I can't say enough good things about Anadi Taylor and ISportsAnalysis in providing tangible support and resources that allows our company and the athletes we train to stand out! I work daily with technology companies, wearable devices and communication tools to be able to provide an asset that creates value for the players I train, the coaches I assist and the programs engaging with our services. Test and Train Sports future is heavily reliant on ISportsAnalysis. I have been testing, training and coaching athletes as well as consulting with club teams, high schools, colleges and professional organizations for over 15 years and ISportsAnalysis is the go to partner I need to support our future needs.

I would just like to extend a huge thank you to iSportAnalysis for the unbelievable assistance their Sports Performance Analysis software offered during the TNL league. NSA (Netball South Africa) has indeed come up with a winning recipe by making iSportsAnalysis accessible to coaches, players and umpires. For someone with limited techno savvy, and with Cristy’s assistance, I was quickly able to master iSportsAnalysis which I used daily. The software was of invaluable assistance especially because of the logistics of my team members living far apart, and their work commitments preventing us from practising during the week. This programme afforded me the opportunity of communicating with the players through "Coaches Corner" giving feedback regarding tactical work for the upcoming matches. Players, through this medium, were able to see which areas of play they need to work on and also to receive individual exercises during the week. iSportsAnalysis is an excellent aid for all passionate coaches and I would definitely recommend it to be used at all tournaments.

iSportsAnalysis is a huge way forward for any sports team, for the simple fact that you have amazing people like Cristy and Thaka (South African team) making sure we get the best footage after every game. iSportsAnalysis really is enabling me as First Team Coach at Jeppe High School For Boys, to engage with performance analysis on a different level. The editing and exporting of video clips are accurate, fast and of great quality. The attention to detail on the events filter is a dream to work with. The success of the team to date and in future is all down to the amazing expertise and attention to detail that iSportsAnalysis possesses. To have access to this on any laptop and all that is needed is an internet connection, makes your company a cut above the rest. I thank you.

I think iSportsAnalysis is a huge way forward for clubs and teams, and because of the price point in relation to competitors, iSportsAnalysis really is enabling clubs at all levels, including those on smaller budgets, to engage with performance analysis. iSportsAnalysis reduces the need for costly third-party software that charges on a per analyst basis. There is no need for expensive video editing software, or hardware (I spent 1,700 Euros on a laptop I now realise I didn’t need to spend); the editing and exporting video clips is accurate, fast and of great quality.

I love iSportsAnalysis, and love what it offers to help players do better.

I have been super impressed with iSportsAnalysis and the students really love using it, the fact they can use it at home as well as at the university is really great!